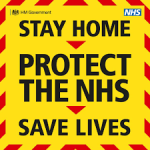 The headlines scream ‘Boris says you MUST stay at home’. But the streets near me (Beckenham, south London) seem almost as busy as ever.

This article explores why many people are ignoring the government guidelines during this lockdown, and what it means for your marketing.

I often talk about positive (towards) and negative (away from) motivations in copywriting. The carrot or the stick.

The UK government slogan has been:

The language is all about attaining goals, and not about avoiding problems, so it won’t appeal to everyone.

According to Rodger Bailey quoted in Words that Change Minds, here’s the population split (in a work context):

What if the slogan used problem-based language?

This is closer to what ‘away from’ people will be thinking. Maybe those are the ones who are already staying at home?

If so, what’s needed is a slogan for the goal-based people (those who feel young and invulnerable) as they might be thinking:

‘Stay home now and we can all go out in spring.’

This example is probably too hopeful for a government to commit to, but it does explain the positive implications of the action you want people to take.

‘Protect the NHS’ is too big a request. The reader will think things like this: ‘I’m just an individual. How do I protect a giant national institution? Protecting the NHS isn’t my job. Even if I wanted to, what does it mean in practice? The government is just saying that because they don’t want to lose votes at the next election…’

You have to be specific in your marketing messages. Tell people exactly what you want them to do (or not do).

It’s like the difference between the slogans ‘Drink responsibly’ (towards) and ‘Don’t drink and drive’ (away).

The first is a vague suggestion. The second is a clear instruction.

The current slogan is about other people. It’s impersonal.

People reading only care what’s in it for them. Themselves. Their children. Their parents and grandparents. Their loved ones and friends.

A quote that’s more emotive and direct would be something like this:

I’ve seen that around, in unofficial communications. Admittedly, there’s a problem with this too. Even though women tend to live longer than men, grandads might quite reasonably wonder why they’re not mentioned.

The messaging has been changing every six week or so (because people get bored and start ignoring it.) The government is now switching it up a bit. A new ad campaign apparently reads:

‘Coronavirus. If you go out, you can spread it. People will die.’

This is talking directly to the people who are ignoring current guidelines, but again, the message is ‘towards’ orientated. It’s also impersonal. 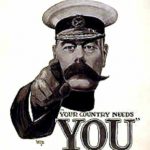 ‘Your country needs you.’

YOU and YOUR are the most powerful words in advertising and marketing, so nothing could be more direct than this.

I’ve written before that governments can effectively change the behaviour of the population by nudging them in the direction they should go, using the EAST model.

The current messaging isn’t exactly following this model. Being so directive, it’s more of a shove than a nudge. Legislating actions when they’re unenforceable is pointless as it doesn’t work.

This Guardian article talks about the effect of Dominic Cummings breaking lockdown rules – his behaviour has had a massive effect on the S part of the EAST model.

The colours being used in the campaign are red, black and white. The same colours that are used for ‘sale’ prices, to indicate urgency.

In the UK, red means danger. It also means ‘stop’.

If you use a ‘towards’ statement, it makes more sense for it to be shown in green – the colour that means ‘go’ and safety.

Save red for your ‘away from’ messages.

When you want to trigger a behaviour, you need a Call to Action. Here are some quick tips:

As you can tell, slogans and even micro-copy such as CTA buttons have more psychology behind them than you might think.

For more on this, read my article How to make your CTA buttons work harder. 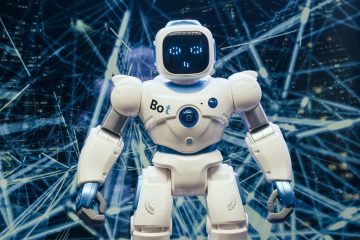